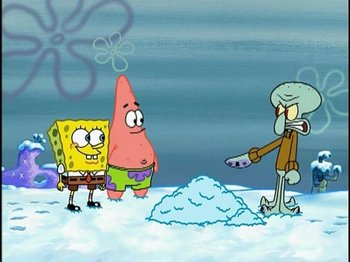 An iceberg has drifted over Bikini Bottom, so that means one thing: snow! This prompts SpongeBob and Patrick to have a snowball fight. Squidward wants no part of it, but then he's roped in and takes things too far. 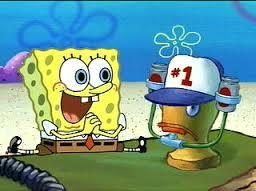 Mr. Krabs is selling garbage on the street, and SpongeBob buys a novelty soda hat from him. But when the hat turns out to be valuable, Mr. Krabs tries to get it back, even if it resorts to grave robbing.

One Krab's Trash contains examples of: