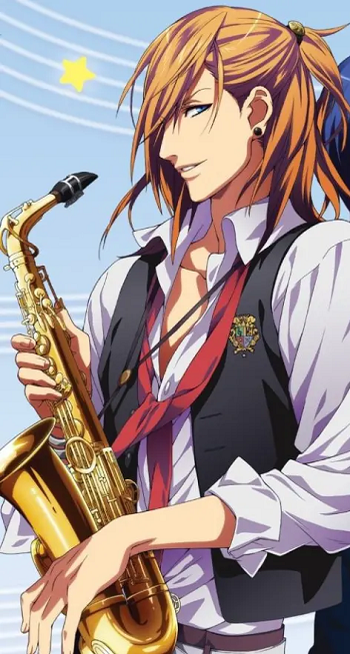 Chicks dig saxophone players. We're not sure why, but playing a saxophone apparently makes a man more manly and sexy than if they played all the other brass and woodwinds combined. Maybe it has something to do with the graceful, feminine curve of the saxophone, or the way his hands hold it in a similar way to a lady's back could be caressed if she happened to be in its place. Or the amount of lip controlnote (which isn't all that much different from the decidedly less sexy clarinets, flutes and oboes) required to play it. Whatever the cause, playing the saxophone is a surefire way to get girls... or get them hot and bothered.

See also Sexophone, where saxophone riffs are used as BGM for sexy scenes, and Girls Like Musicians for the broader topic of musicians being attractive to women.

A man is haunted by a saxophone player, played by a shirtless, gyrating Jon Hamm.

A man is haunted by a saxophone player, played by a shirtless, gyrating Jon Hamm.