Note: This is the character list for the 2012 Comic Book series Saga, written by Brian K. Vaughan and illustrated by Fiona Staples. If you are looking for characters from the Square RPG series, click here. 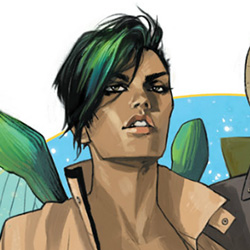 A soldier of Landfall who got busted down to prison guard duty after she hesitated when ordered to drop bombs on civilians. Mother of Hazel, wife of Marko. Tends to be more impulsive and outgoing than her husband. Alana was the one who first read A Nighttime Smoke by D. Oswald Heist, which put the idea that people from Landfall and Wreath could co-exist in her head. 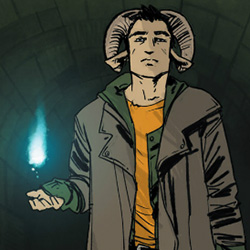 A former soldier turned conscientious objector from Wreath. Father of Hazel, husband of Alana. Marko was raised to hate the people of Landfall by his militant parents, but quit and surrendered after experiencing battle for the first time, landing him in the jail Alana was guarding. Like everyone on Wreath he can use magic. Marko is the calmer and more pacifistic of the two. 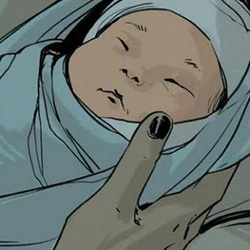 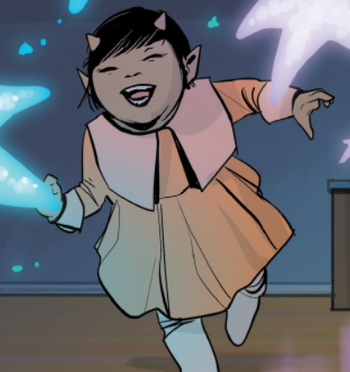 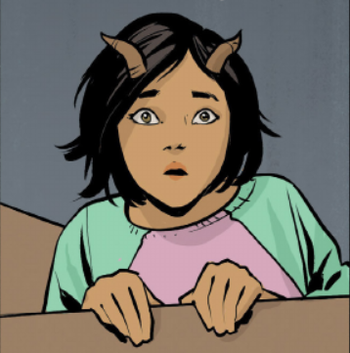 Alana and Marko's half-Landfallian, half-Wreathian daughter. Hazel is also narrating the story from some point in the future. 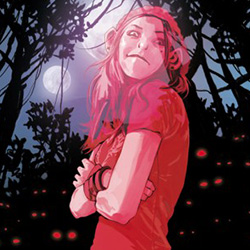 Hazel's first babysitter. Izabel is the ghost of a teenage girl from the planet Cleave who was killed by a landmine. Izabel helps Marko and Alana escape Cleave in exchange for letting her bond with Hazel and thus escape the planet. The power that kept her spirit bound to the planet could only be broken if she was bonded to a native of Cleave, and Hazel qualifies as she was conceived and born there. 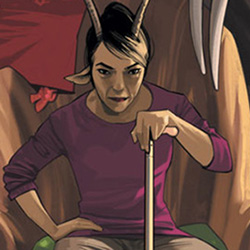 Marko's mother and an old war veteran of Wreath. Klara hates Landfallians with a passion, so naturally she was quite upset to learn her son fathered a child with one. She loves her granddaughter though, and is slowly warming up to Alana. Klara tracked down Marko with her much more forgiving husband Barr, who died shortly after meeting the couple and giving his blessing. 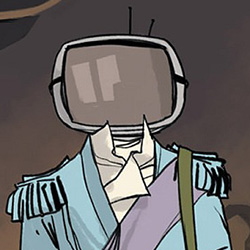 A Ridiculously Human Robot soldier recently returned from the front lines who wants to get back to his wife and newborn son. Unfortunately Landfall assigns him the job of tracking down Alana and Marko. He pursues the job efficiently, but his desire to get back to his family makes him approach the job in a violent, heavy-handed manner. Eventually he is forced to work with Marko and Alana. 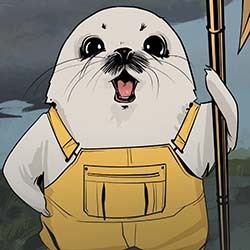 A rancher who sold Marko a large quadrupedal walrus creature named Friendo in exchange for Klara's ax. When Alana, Hazel, and Klara are kidnapped by Dengo, Ghüs uses his psychic connection with Friendo to help track them down. 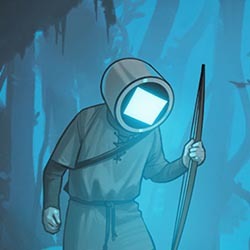 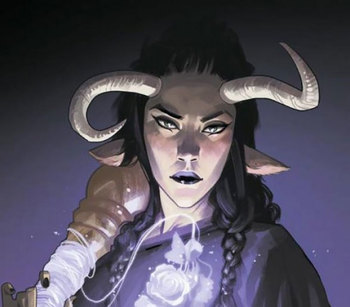 A transgender female Wreather whom Hazel meets during her time in a Landfallian detention center. She joins Alana and Marko in their journey after Hazel reunites with her parents. 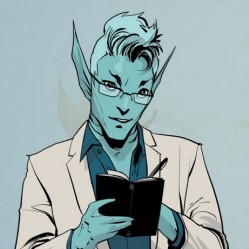 A reporter for the newspaper the Hebdomadal. Upsher and his lover/photographer Doff are pursuing the Hazel story, which eventually puts them in contact with Alana and Marko.

The Will's family and associates 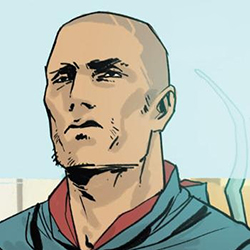 A Bounty Hunter, or "Freelancer", hired by Wreath to kill Alana and Marko and bring back Hazel alive. Along the way he picks up a few stragglers. He used to be in a relationship with The Stalk, whose death causes him no end of grief. In most on-page appearances he comes off as a reasonable, civil man, but future Hazel describes him as "a fucking monster". 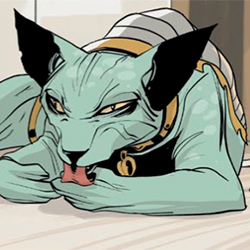 An alien cat that can tell when someone is lying, either to others or themselves. She is The Will's sidekick. 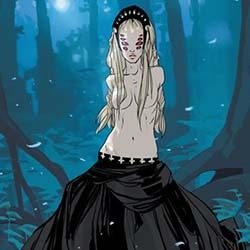 Another Freelancer and The Will's ex-girlfriend, not that The Will was over her. The Stalk was sent before The Will to assassinate Alana and Marko and recover Hazel, but ran into Prince Robot IV who shot her when she reached for her phone. 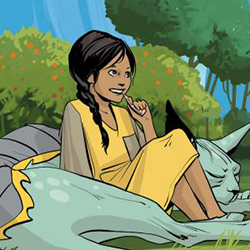 A six-year-old sex slave The Will rescued from the planet Sextillion. Sophie has limited Psychic Powers, which she is using to help The Will track down Alana and Marko. 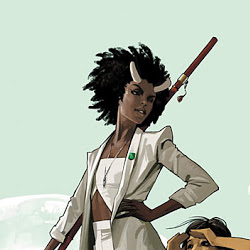 Marko's ex-fiancée. She teams up with The Will to find Marko, who broke her heart (and their engagement). 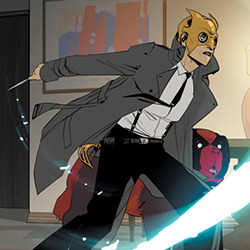 Another freelancer who joins Gwendolyn and Sophie on their quest. She's the Will's sister. 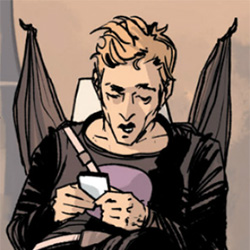 Prince Robot's Landfallian boss, the one who gave him the assignment. 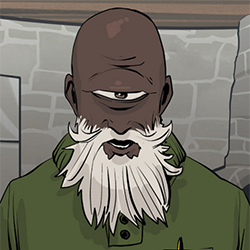 An author who wrote the novel A Nighttime Smoke, a book that appears on the surface to be a trashy romance novel but is actually an anti-war tract. Marko and Alana travel to his home in hopes of finding a kindred spirit. 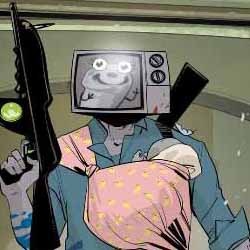 A lowly Robot janitor, who is on a crusade against his monarchy as he feels they've put the war above the concerns of their people.