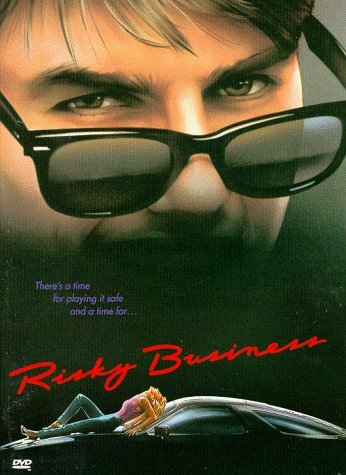 Joel Goodson (Cruise) is a suburban Chicago teenager obsessing over getting into Princeton when not thinking about sex. When his parents leave him alone for the weekend, his Casanova friend phones a call girl for Joel since Joel obviously needs to get laid. She eventually has a business proposition for him: He throws a party, introduces some of his horny teen friends to her associates, and she and Joel split a cut of the evening's proceeds (i.e., they turn his parents' house into a brothel for a night). From there, Hilarity Ensues. In the years since its release, it's best known for the scene of Cruise dancing around in nothing but his pink dress shirt to "Old Time Rock and Roll" by Bob Seger which has been endlessly parodied, including by Cruise himself.

The score, dialogue, and cinematography give the film something of a sophisticated, art-house feel in places, putting it a notch above the typical teen sex comedy. Roger Ebert compared it favorably to The Graduate. Be warned, however, that in terms of narrative the genre conventions are completely played straight, so if you don't like modern teen sex comedies you probably won't like this one either.