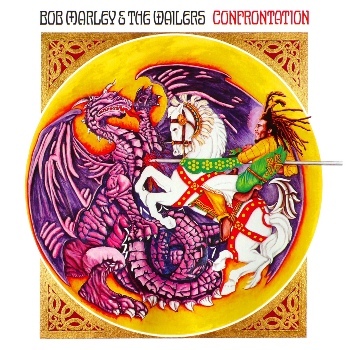 We free the people with music, sweet music.
Advertisement:

Confrontation released in 1983, is the thirteenth and final album by Bob Marley.

The last project he worked on before his death, it was ultimately released posthumously just two years after he passed away. Many songs were built up from demos, with vocals from his backing choir, the I-Threes, added afterwards. As a result the music lacks his general vision and is generally seen as his least interesting album. Still it did generate the international hit "Buffalo Soldier".