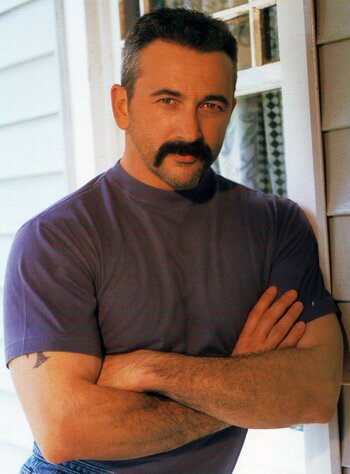 Born in Pensacola, Florida but raised in South Carolina, Tippin worked various odd blue-collar jobs including pilot and pipe fitter before focusing mainly on music. He got his break when he won a songwriting competition sponsored by The Nashville Network, which led to co-writing credits for songs by Charley Pride, Mark Collie, and David Ball.

In 1991, he had his breakthrough on RCA Records with "You've Got to Stand for Something", whose patriotic themes resonated in the wake of the Gulf War. While the next two singles performed poorly, he got back on track with his 1992 smash "There Ain't Nothin' Wrong with the Radio", his first #1 hit. A string of hits ensued throughout 1996 (including a second #1 with 1995's "That's as Close as I'll Get to Loving You"), after which he left RCA with a Greatest Hits Album.

The second leg of his career began in 1998 on the then-newly established Lyric Street Records, where he would have additional hits with "For You I Will", "Kiss This" (his third and final #1), and "Where the Stars and Stripes and the Eagle Fly". Although the hits dried up after the latter, he has continued to record and tour well into the 21st century.

Tippin's music is defined by his distinctly nasal and twangy voice, along with his strong themes of patriotism and praise for the working class tempered by the occasional novelty. He is also known for his imposing physique, owing to his love of bodybuilding.