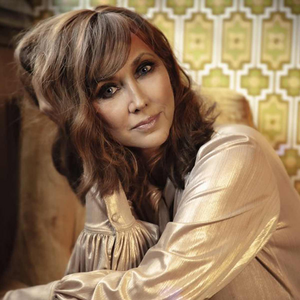 Her father, Mel Tillis, was a prominent country singer in the 1970s and 1980s, with many hits as both a singer ("Coca-Cola Cowboy", "I Ain't Never") and songwriter ("Detroit City" by Bobby Bare, "Honey (Open That Door)" by Ricky Skaggs, and "Ruby, Don't Take Your Love to Town" by Kenny Rogers). Pam began singing and performing with her father from an early age, and played in various bands throughout her young adulthood. After dropping out of college, she got her first hit as a songwriter in her father's publishing company when Barbara Fairchild recorded "The Other Side of the Morning". Various other artists recorded her songs as well, and by the early 1980s, she was signed to Warner (Bros.) Records. Her lone album for that label, Above and Beyond the Doll of Cutey, flopped, as did several standalone singles that were never put on an album. This album also put a stronger focus on country-pop elements than her later work would.

In 1989, Tillis signed with the then-new Arista Records Nashville. Her first album for the label, Put Yourself in My Place, was an out-of-the-box success, with three Top 10 hits (including her iconic "Maybe It Was Memphis") and a gold certification. Homeward Looking Angel and Sweetheart's Dance carried her through the middle of the 1990s with platinum certifications, along with well-known country radio hits such as "Shake the Sugar Tree", "Spilled Perfume", a cover of Jackie DeShannon's "When You Walk in the Room", and her only Billboard #1 hit, "Mi Vida Loca (My Crazy Life)". These albums defined her style of traditional-minded country, with a mix of serious heartfelt ballads and quirky upbeat songs. While her fourth Arista album All of This Love wasn't quite as successful commercially, it contained the hits "Deep Down" and "The River and the Highway", pushing toward a darker, moodier sound that was no doubt influenced by her then-recent divorce from Nashville songwriter Bob DiPiero. A 1997 Greatest Hits Album produced additional hits in "All the Good Ones Are Gone" and "Land of the Living", but her next two albums did not fare as well, and she exited Arista in 2001.

Tillis has continued to record ever since, with her 2002 album It's All Relative notably containing covers of songs written and/or originally sung by her father. She has also issued two duet albums with fellow '90s country lady Lorrie Morgan.