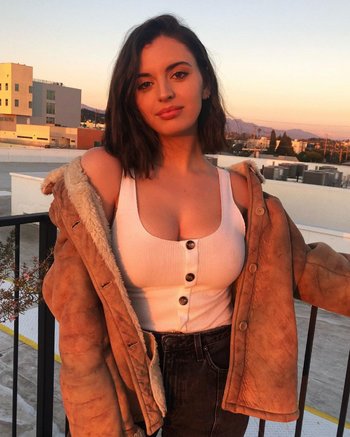 She, she, she so excited!
Advertisement:

Rebecca Renee Black (born June 21, 1997) is a female pop singer and YouTuber who gained memetic status for her single "Friday".

She got her start after working with Los Angeles record label ARK Music Factory, which wrote and produce music for clients for a multi-thousand dollar fee, who wrote the song Friday as well as producing the music video. The song became a huge, if highly controversial, viral hit, becoming the number 1 video on YouTube in 2011. She and her mother eventually sued ARK over the copyright to the song and the video has since moved to her own youtube channel. She has since continued to release new music, generally under her indie label RB Records. She released her debut EP RE/BL in 2017, and is set to release her debut album, Let Her Burn, in 2023.

In 2012, she signed with the Maker Studios YouTube network. In addition to promoting her music and covers of other artists, her channel features blogs and question-and-answer videos. Her channel has over 1.5million subscribers as of 2022.