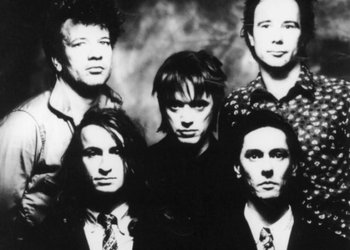 Einstürzende Neubauten (Collapsing New Buildings) is a rather interesting industrial group from Germany. Originally formed in 1980, they were a major influence on the experimental end of the genre, due to their extensive use of various non-musical objects as instruments, often to the exclusion of conventional instruments. While always having a heavy emphasis on percussion and un-tuned sounds, Neubauten's music covers a fairly wide range of textures and styles, ranging from pulverising noise and ambient soundscapes to mechanistic dance tracks and understated ballads, their more recent albums being especially hard to classify.