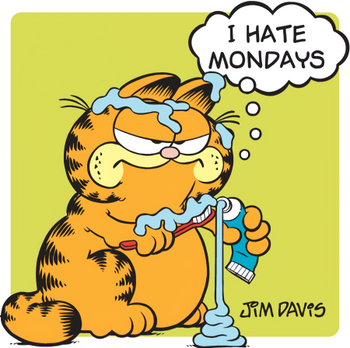 "Whoever invented Mondays should be drug out into the street and shot."
— Garfield, Garfield and Friends
Advertisement:

Characters can sometimes hate a certain day of the week, due to bad luck and misfortune that seem to only happen to them on that day. When they start hating it, they often start dreading the coming day on the day before.

As suggested by the trope name, Monday is one of, if not the most hated-on days, perhaps because it's the day that many people go back to work/school after the weekend, which not many people look forward to the ending of. Of course, this isn't universal, as some people work in facilities that have a different weekly business schedule (such as Wednesday through Sunday), or are open 7 days a week and therefore the days one has off may be different than the usual Saturday and Sunday, or even inconsistent from week to week.