Film / Boys on the Side 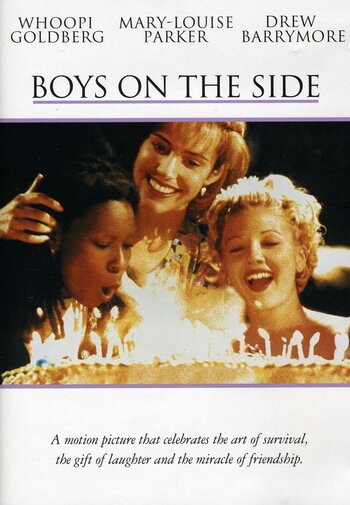 A 1995 Dramedy written by Don Roos, starring Whoopi Goldberg, Drew Barrymore, and Mary-Louise Parker. It was director Herbert Ross's last film before his death and featured an early role from Matthew McConaughey.

The film starts out with Jane (Goldberg), a lounge singer, answering an advertisement to drive from New York to California with Robin (Parker), a real-estate agent. They stop in Pittsburgh, and interrupt a fight between Holly (Barrymore) and her abusive boyfriend. Holly joins them on the trip (after some shenanigans involving her boyfriend's accidental death), and reveals she's eight weeks pregnant.

Then things get weird.