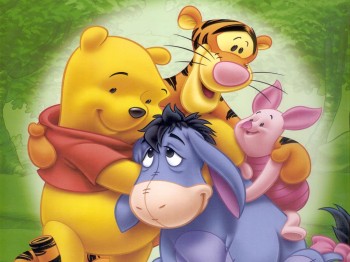 Arwin: Ooh group hug! I love group hugs! Especially with other people! [old lady walks by]
Maddie: Hey lady! Come on, I could really use the heat. [lady walks away] After her! [whole hugging group walks together following the lady]
Arwin: Wow! She's fast!
— The Suite Life of Zack and Cody

The main characters stand in a tight circle and stretch their arms around their two nearest neighbours. Tends to happen fairly often and for lots of reasons such as supporting one character who just went through something difficult or emotional, the final group action before splitting up or carrying out a big plan, or as part of the denouement.

Often times there will be one character who is reluctant to participate in a group hug whenever they occur. That character usually warms up to the idea by the end of the series.