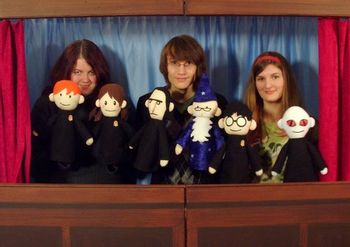 Eventually starting in 2006, Neil and his friends moved on from animated shorts to live-action shorts featuring real puppets, and they've even done a couple of live shows with the puppets. The series is most famous for the number of memes it has spawned. Also, Neville is a butternut squash and Cedric is a foot.

Some of the fans of this series made Fanvids of these Fanvids, using the same or similar programs and posted them on YouTube.