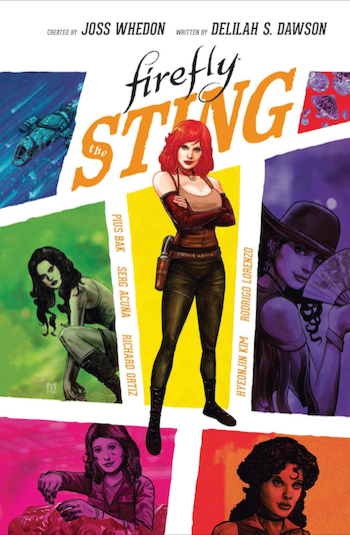 A 2019 Firefly graphic novel, written by Delilah S Dawson and published by Boom! Studios. Set during the TV series, somewhere in between the episodes "Trash" and "Heart of Gold".

With Serenity impounded due to unexpected docking fees, the ladies of the crew decide to head out and hit the spa. Unbeknownst to them, they are followed by a figure from their past — the con artist known as Saffron. She approaches them with a job offer to which she's not taking no for an answer: working together on a heist.