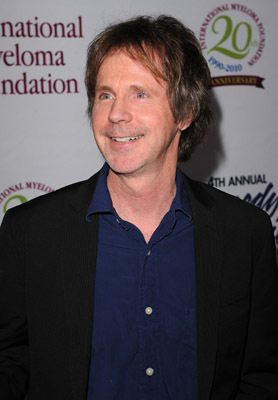 "I enjoy pushing my characters to the limit. No matter how far out there I go, I look for things that make the characters human."

He started his acting career with a few small movies, including Halloween II (1981) and This Is Spın̈al Tap.

Dana Carvey was with Saturday Night Live during its second Golden Age (1986-1993) after Lorne Michaels returned and his plans on making celebrities of his new "Not Ready For Primetime" cast (the 1985-1986 season) fell through and nearly got the show cancelled, resulting in the cast overhaul that would bring the show back from the dead. Carvey's characters on SNL included the Church Lady ("Isn't that special?"), Garth of Wayne's World, President George H. W. Bush ("Wouldn't be prudent"), and numerous other celebrity impersonations.

After he left SNL, he starred in both Wayne's World films and The Master of Disguise with Jennifer Esposito. In 1996, he hosted The Dana Carvey Show, a Variety Show which was critically liked but had poor ratings. It also had among its writing staff future comedy stars Louis C.K., Steve Carell, Stephen Colbert, and (almost) Jimmy Fallon. He also appeared in the film Little Nicky with SNL castmate Adam Sandler.

His impersonations and their tropes: