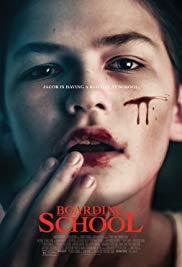 Jacob Jenken is a young boy who can see ghosts. He becomes especially fascinated by his grandmother, and ends up getting caught by his parents wearing her dress. He's sent to an isolated boarding school for misfits in an attempt to "cure" his affliction. Then the murders begin.