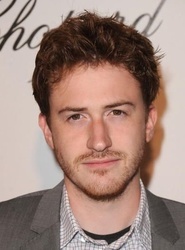 Dinosaurs tried to eat me when I was a child.

He's perhaps best-known for his role as Tim Murphy in Jurassic Park when he was a child. As an adult, he's largely known for his roles in The Pacific, The Social Network, Justified, and Bohemian Rhapsody.