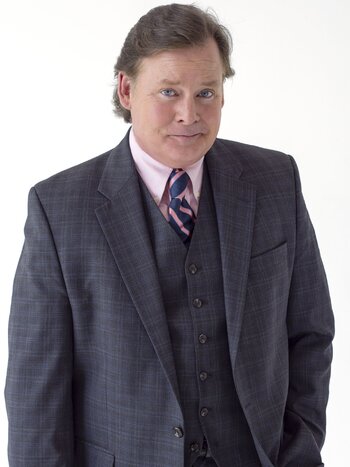 Joel Murray (born April 17, 1963 in Wilmette, Illinois) is an American actor and comedian. He has made his mark in television sitcoms (Dharma & Greg), TV drama (Mad Men), and movies (God Bless America).

Murray is the younger brother of Brian Doyle-Murray, Bill Murray, and John Murraynote Moving Violations, Roots: The Gift. Following family tradition, he trained and performed at Chicago’s The Second City theater. He is married to actress Eliza Coyle and the couple have four children.