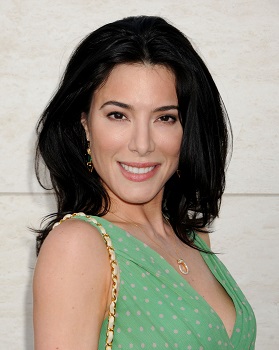 Jaime Murray (born 21 July 1976 in London, England) is an English actress known for her many roles in film and television, and is something of a genre superstar due to her roles in Dexter, Spartacus: Gods of the Arena, Warehouse 13, Ringer and Defiance.
Advertisement:

Although often cast as vampish villains due to her stunning looks and prim English accent, Jaime is a highly versatile actress. She's also often typecast as a lesbian or bisexual.