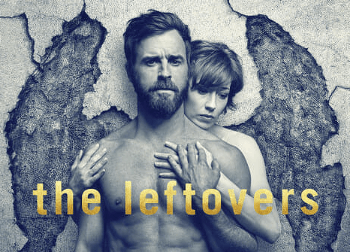 The Leftovers is an HBO series created by Damon Lindelof and Tom Perrotta (based on the latter's novel of the same name) which debuted in 2014.

A mass disappearance of people totaling two percent of the world's population has wreaked havoc among the disappeared people's family and friends. After three years, the world's religious and scientific communities have no concrete answers as to what happened.

The story revolves around residents of a town called Mapleton (which itself lost 100 people), and amid the ordinary residents trying to live out their lives in the aftermath of the mass disappearances, others have not dealt so well with what has happened.

The first season of the show loosely follows the plot of the book; it was picked up for a second and then a third season; at the same time the third season was announced, it was also said it would be the show's last.