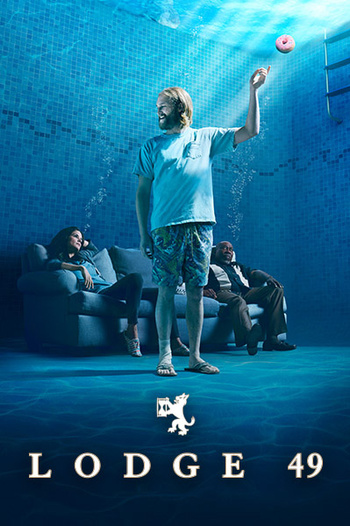 "It's different in here."
Advertisement:

Lodge 49 was a series airing on AMC and starring Wyatt Russell and Brent Jennings.

In Long Beach, California, perpetual loser Sean "Dud" Dudley lives out of his car, combing the beaches for anything he can pawn for money to buy booze and donuts. His life is forever changed when he stumbles upon a ring from the local chapter of the Order of the Lynx, a secretive fraternal order devoted to alchemy.

In November 2019, shortly after the second season finished airing, the series was canceled.