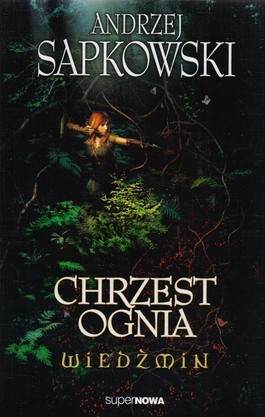 While Geralt recuperates from the injuries he sustained at Thanedd, the Nilfgaard Empire conquers half of the Northern lands and scares the rest into submission. As soon as he can, he goes out searching for the disappeared Ciri and is joined by archer girl Milva, Dandelion the Spoony Bard, Cahir the Nilfgaardian knight who saved Ciri in Cintra, and a Vegetarian Vampire scholar and healer named Regis. Along the way, they are accompanied by dwarf Zoltan Chivay and his gang. Yennefer is nowhere to be seen; as such, she is presumed to be one of the ringleaders of the Thanedd coup. The truth, however, is more complicated, being related to the machinations of a freshly started sorcerous secret society. Meanwhile, stranded in unfamiliar land, Ciri unexpectedly finds love and family within a gang of teenage highwaymen, the Rats.