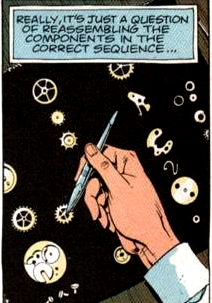 Compare with The Chessmaster. See Clocks of Control for another way that clocks can be used to characterize someone.