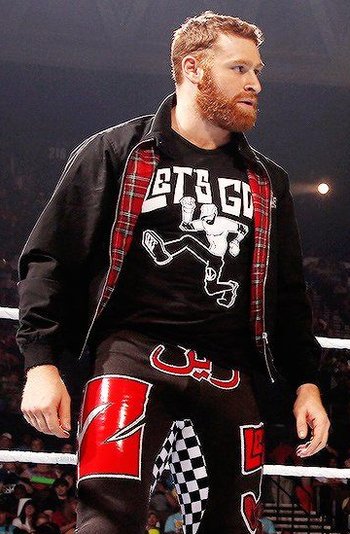 Rami Sebei (born July 12, 1984) is a Syrian-Canadian professional wrestler best known for his work for Ring of Honor and other promotions as El Generico. He was trained by Patty the Kid, Jerry Tuite and Savio Vega, debuted in 2002 in International Wrestling Syndicate in his native Quebec and made his American debut in CZW in 2004, and has competed for Pro Wrestling Guerilla, CHIKARA, Dragon Gate, Dramatic Dream Team, TNA (two dark matches in 2011) and many other promotions around the world since.

He is currently in WWE as Sami Zayn, where he is a one time NXT Champion

and a three-time Intercontinental Champion

. Among his in-ring achievements, he is a former 2x PWG World Heavyweight Champion

. In 2010, The Wrestling Observer Newsletter named his ROH feud with Kevin Steen "Feud of the Year."