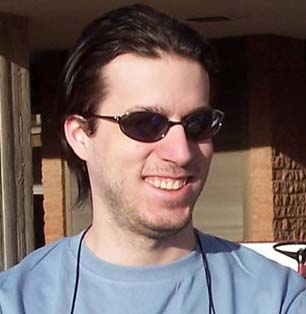 Shockingly not related to David Hayter, believe it or not.* He's also not a Faceless Man...as far as we know...
Advertisement:

Noah Antwiler (born December 27, 1980) is an Illinois (formerly Arizona) based actor, comedian, writer and host of his award winning Video Review Show, The Spoony Experiment. Aside from The Spoony Experiment, Antwiler also hosts Counter Monkey, a series in which he recounts various stories from his Tabletop Game days & offers various insights into the mindset of both the players & the GMs; and has appeared in all the various anniversary specials of Channel Awesome before he left in Summer 2012.

Tropes about his work: