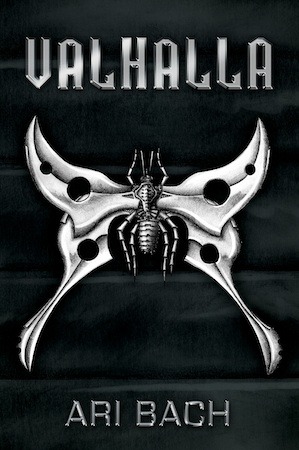 Valhalla is a 2010 novel by Ari Bach set in the year 2230. The novel covers the adventures of Violet Macrae as she joins an elite team of spies dwelling in a ravine near the North Pole. The novel is the first in a trilogy, followed by Ragnarök and Guðsriki, all of which are currently published by Harmony Ink Press.

Valhalla focuses on the nature of its protagonist as a misfit, a vicious girl in a peaceful society. Too violent even for the military, her introduction to Valhalla reveals that it's outcasts like her who keep the world running. What follows is one part spy story, one part action, one part futurism and one part comedy. Ragnarök, covers a world-saving mission by Violet and her team, and delves into darker, more bizarre material in its second half. Guðsriki was released in October of 2015.

Valhalla and its sequels are heavily based on characters and events from Norse Mythology.