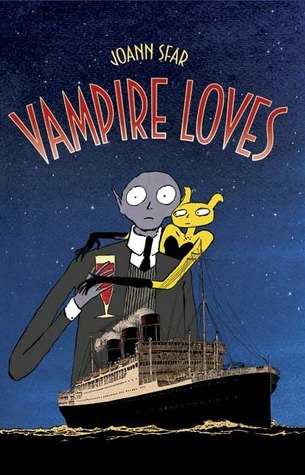 "And if you really want to get rid of me, you have to close your windows carefully."
Advertisement:

Vampire Loves is a witty, philosophical French set of graphic novels by Joann Sfar translated to English. In it stars Ferdinand, the mellow, traditionalist vampire who hasn't had a lot of luck in love. He meets a number of other creatures on his adventures- mandrakes, a witch in training, ghosts, even a golem. Just regular folks dealing with relationship troubles of their own, of course. The books started in 2002 and there are four total.