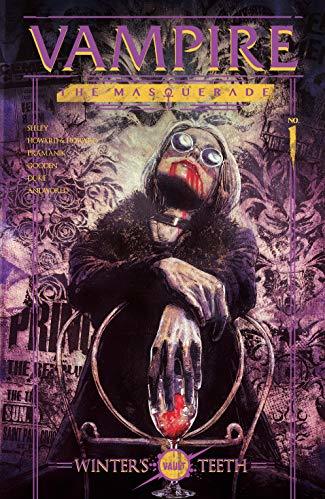 Show me your teeth.
Advertisement:

The story follows two vampires in the Twin Cities (Saint Paul and Minneapolis). Cecily Bain is a former Anarch turned servant of the Camarilla, trading flawless service in exchange for more freedom than most. Her sister's dementia and the weight of years is slowly driving her mad and she adopts a newly created vampire named Alejandra. Colleen Pendergrass is a Thin Blooded Anarch embraced by her Husband against her will. She now is part of a group of struggling survivors living on the edge of Kindred society.

The series contains the following volumes: