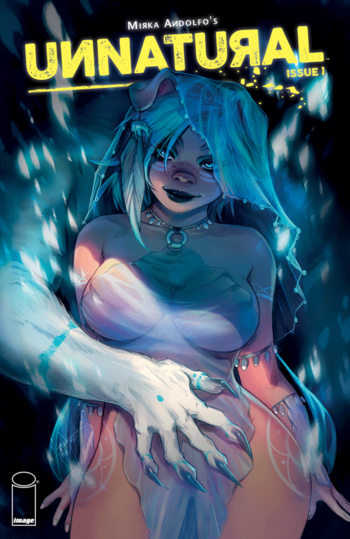 Leslie is a simple pig girl. She loves sushi, she's stuck with a job she hates, and she lives under a brutal totalitarian government—one that punishes transgressors for anything deemed "unnatural." Leslie dreams of something different for herself. But those dreams are becoming dangerous...
Advertisement:

This hit Italian series by Mirka Andolfo (Wonder Woman (Rebirth), Harley Quinn, DC Comics Bombshells) will transport you into a colorful but terrible world—full of anthropomorphic creatures, but light on personal freedoms—by way of a breathtaking plot that travels between thriller and fantasy, with a hint of sensuality.

Published by Panini Comics. An English translation is currently in publication by Image Comics.