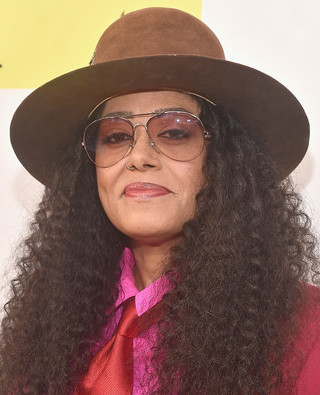 "My voice sounds like I dragged my vocal chords down a dirt road and then doused it in Jack Daniels and mentholated Cools."
Advertisement:

Cree Summer Francks (born July 7, 1969) is an American-Canadian (born in Los Angeles, raised in Saskatchewan) actress whose career began in 1983 when she was cast as the voice of niece Penny on the original cartoon version of Inspector Gadget. Her unique, throaty voice was instantly recognizable to casting agents (as well as viewers even today), who began frequently casting her in animated programs.

In all, Summer has voiced over 100 animated characters since 1983, many of them African-American girlsnote she herself is half-white, one-quarter African American, and one-quarter Native American. In fact, her name "Cree" is the name of one of the largest Indigenous groups in North America, and she was adopted into the Plains Cree Nation, though she has voiced her fair share of white girls, such as Elmyra Duff from Tiny Toon Adventures (and Pinky, Elmyra & the Brain) and Penny from Inspector Gadgetnote she also auditioned to voice Meg Griffin on Family Guy, but show creator Seth MacFarlane thought it would be in poor taste to have a black woman voice a white girl, despite that Cree Summer has done it before and there hasn't been any outrage over it. These have spanned the realm of video games, cartoon television series, animated films and commercials.

"What's the dilly-o with that?"