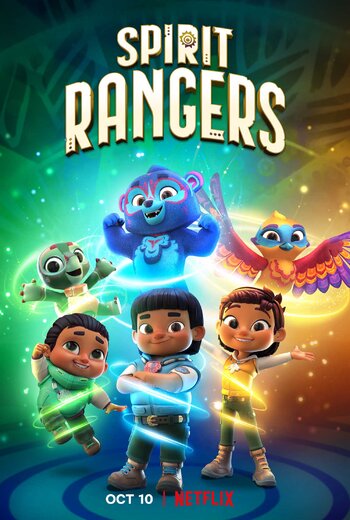 The show is set in Xus National Park in southern California, a haven of nature and Native American spirits. Xus is a world where Coyote plays tricks, Spider weaves dreamcatcher webs, and Condor carries the sun across the sky. No less important are its human caretakers, the Skycedar family of park rangers. When spirits need their help, the young siblings Kodi, Summer and Eddy Skycedar transform into animals- a grizzly bear, a red-tailed hawk, and a turtle- to save the day.

The series is noteworthy because it's an almost unprecedented example of Native American representation in television. The writers and voice actors are all indigenous, as are most of the creative team; also, the producers consult with the Chumash and Cowlitz tribes to ensure accurate representation of Native culture.