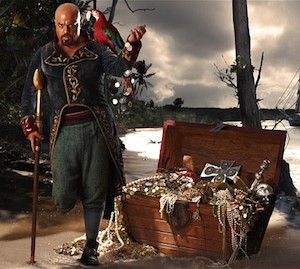 A 2012 two part mini-series adaptation of Treasure Island for Sky1 channel, starring Toby Regbo, Eddie Izzard and Elijah Wood. It is a more cynical version of the story.

This adaptation has the examples of: