Film / Start the Revolution Without Me 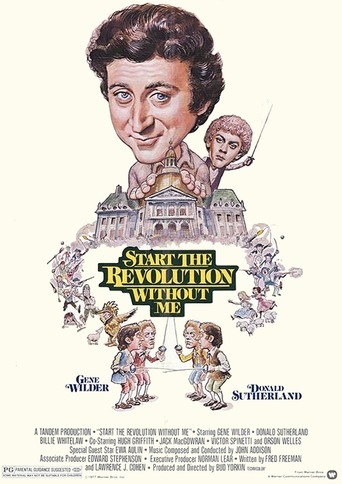 Start the Revolution Without Me is a 1970 comedy film starring Gene Wilder and Donald Sutherland as two sets of twins (one born from aristocrats, the other from peasants) who undergo a bizarre switch at birth after the doctor delivering them confuses the two sets; he switches one twin in each pair so each couple will get at least one of their own children. Years later, on the eve of The French Revolution, hilarity ensues as each pair plays a role in the upcoming events.

Orson Welles introduces and narrates the film, which was produced and directed by Bud Yorkin just before he and executive producer Norman Lear created TV's All in the Family.