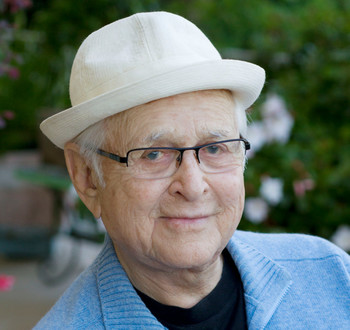 Norman Milton Lear (born July 27, 1922 in New Haven, Connecticut) is an American television writer, producer, screenwriter and occasional voice actor best known for creating, developing, and/or producing a number of sitcom megahits in The '70s, including All in the Family, Sanford and Son, Maude, The Jeffersons, Good Times, and One Day at a Time, among others. During his career Lear has been nominated for 13 Emmy Awards (winning five) and an Academy Award, and received two Peabody Awards.

Lear's series are fondly remembered as amongst the best of their era and as revolutionary trope codifiers for the socially-conscious sitcom, as they often dealt frankly (even by present-day standards) with social and political issues of the day, in the process breaking all sorts of taboos (everything from All in the Family having the first audible toilet to Maude featuring the first sitcom character to get an abortion) without being overly preachy. Lear's various production companies continued pumping out sitcoms through The '80s and into The '90s (Diff'rent Strokes, Who's the Boss? and The Facts of Life among them); he also briefly entered the movie business with his acquisition of Embassy Pictures, before hitting a bit of a lull, between having sold his assets to what eventually became Sony Pictures Television, and creating a string of shows that got Screwed by the Network after only a few episodes and generally aren't as highly regarded (or well remembered) as his early work. He found a surprise new success with the highly popular 2017 Netflix remake of One Day at a Time, at age 93.

Lear is also known for being a social and political activist for liberal causes (often of the 1st Amendment variety) having founded the progressive advocacy group People For the American Way and often contributing to Democrat campaigns. He's also credited by Rob Reiner (who had acted on Lear's All in the Family) with having helped jump-start his directing career by fronting the money for This is Spın̈al Tap (having owned Embassy Pictures at the time). As of late he's become close friends with Trey Parker and Matt Stone of South Park fame, having voice acted in a couple episodes, being credited as a consultant on a few others, and even officiating Trey Parker's wedding.

This writer's work contains examples of: