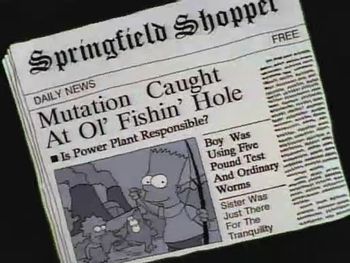 Bart and Lisa's discovery of a three-eyed fish in a river near the nuclear plant prompts Mr. Burns to save his tarnished image by running against Governor Mary Bailey in the upcoming election.