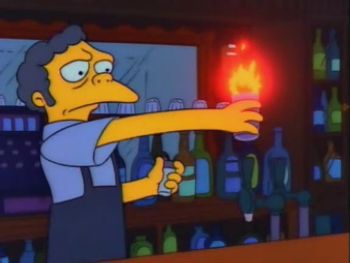 Moe steals Homer's recipe for a cough syrup-laced cocktail that becomes the toast of Springfield.