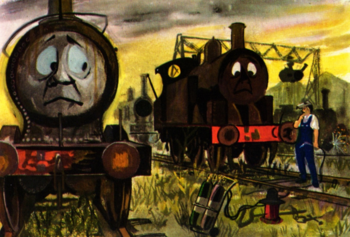 Remember The Sad Story of Henry? Well here is a more dire Sad story and it's not just about Henry.
Advertisement:

Duck and the Diesel Engine