Disclaimer: All spoilers for season 1 will be unmarked.note Discussing the character requires knowledge of various crucial plot points, viewing the work beforehand is recommended (Her relation to Kotaro is the exception) 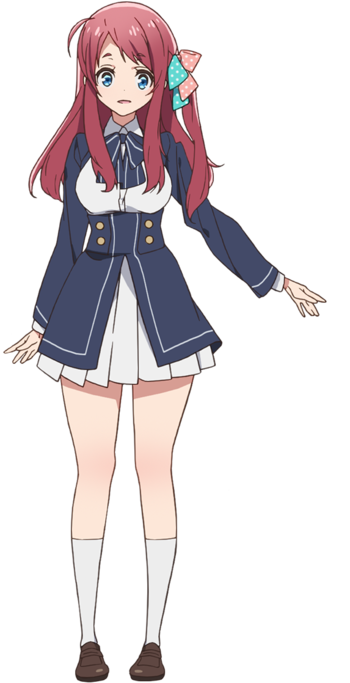 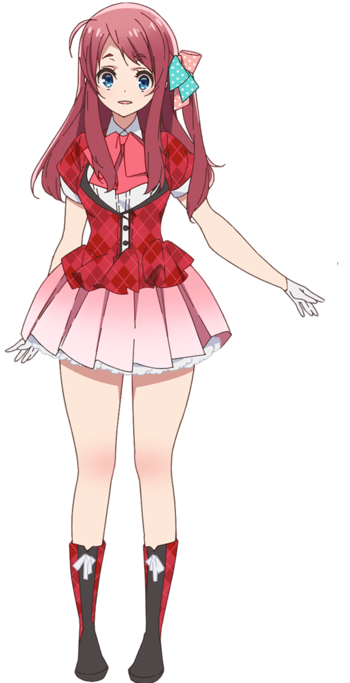 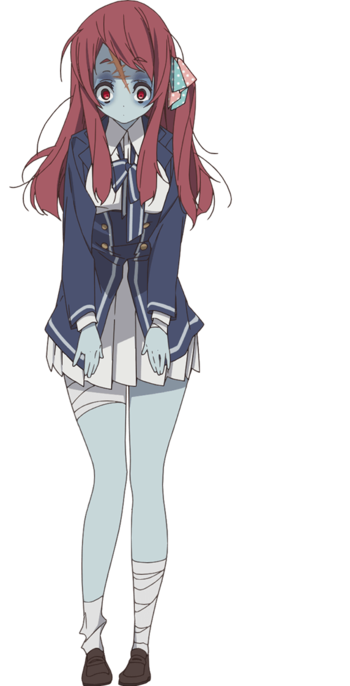 "If I follow my dreams...I know my future will be filled with happiness and excitement! Here I goooo~"
Sakura, immediately before being killed by a truck.

A high school student and aspiring idol from Karatsu who got fatally hit by a truck at the start of her second year in 2008. She is the first zombie to regain her faculties, but is also the only one who can't remember anything about when she was alive. She's something of a klutz and a pushover, but does her damnedest to make the best of her situation.
Sakura spends the first season trying to regain her human memories, catching glimpses anytime Franchouchou performs live. By Revenge, after fully regaining both her pre-and-post-mortem lives, she becomes much more level-headed while retaining her cheery personality.

Kotaro turns the two girls arguing on stage into a battle rap by adding beatboxing.

Kotaro turns the two girls arguing on stage into a battle rap by adding beatboxing.