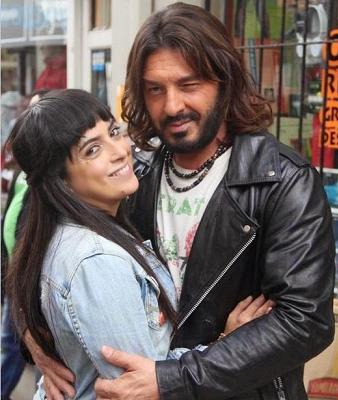 Miranda is a rocker, the daughter of the famous radio host Roby. Back in 1992, she was in the Villa Gesell vacation city with her friend Sandra. Everybody tried to flirt with her to get close to her father; except Diego, who did not know about that. They had a romance the whole January, while they stayed in the city. Then they made an oath: they would not exchange adresses or phone numbers, and instead meet the next 14/2 at the Buenos Aires obelisk. But then, things go down: Miranda saw that her best friend had a romance with her father, and cursed them both. Diego had a car accident and failed to meet Miranda as they had arranged, so she cursed him as well; and gave up the whole rock and roll thing, forever.

And then we jump to modern day. Roby has died, and Miranda attender the funeral, even if she had not seen her father or her former best friend since then. Diego saw him in TV, when the news report talked about the funeral, and finally meet her again... 22 years later.