"Once again, spring has come, bringing with it a slightly cool breeze and a girl with the same smile as the person I loved."
—Midori Yukihira. 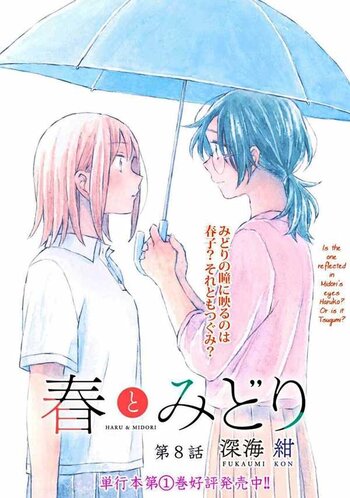 Haru and Midori is a Yuri manga by Fukaumi Kon. The story involves Midori, a cripplingly shy 31 year old woman who hears about the death of her old friend Tsugumi. Tsugumi has left behind a daughter named Haruko ("Haru" for short) who greatly resembles her mother. Since none of Haru's relatives are able and willing to take Haru in, Midori steps up.