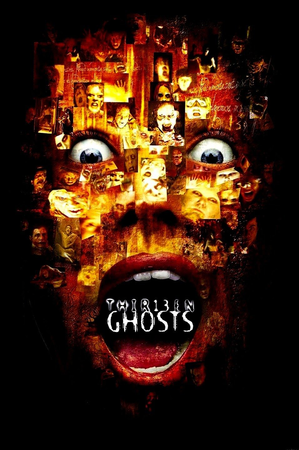 "Did I just say there was a petting zoo downstairs?! No! There are ghosts downstairs, Arthur!"
— Dennis
Advertisement:

Arthur Kriticos (Shalhoub) finds himself as a heir to a elaborate glass mansion after his uncle Cyrus dies. The mansion turns out to be harboring a sinister purpose, as the in-house machinery starts moving the glass walls that are inhabited by the eponymous ghosts, held in check by Latin phrases etched in the panels.

This remake provides examples of: