Film / Tigers Are Not Afraid 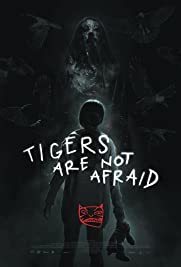 Tigers Are Not Afraid is a 2017 Mexican crime horror film.

Estrella is a 10-year-old girl living in the violent streets of Mexico. After being given three pieces of chalk that grant one wish each, she wishes for her mother to come Back from the Dead. The chalk works, but it does so by making her spirit into an undead abomination that follows Estrella wherever she goes. Our heroine ends up joining a gang to distract herself from the horror, but soon she learns that some things are scarier than ghosts...