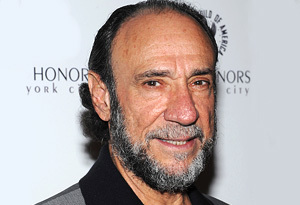 "I think creativity is spiritual. I absolutely believe that."
Advertisement:

Born in a family of Christian Syrian and Italian immigrants, he was raised in El Paso, Texas, and gained his first accolades as an actor in college, where he was given the best actor award by Alpha Psi Omega for his portrayal of Nocona in Comanche Eagle during the 1959-60 season. His first professional acting role was in a Los Angeles production of Ray Bradbury's The Wonderful Ice Cream Suit. He added the "F" in front of his name to honor his father, Fahrid.

Since then, Abraham has been in a long list of roles in film, theater, and television, and has won a comparable number of awards, including a Best Actor Academy Award for his role as Antonio Salieri in Amadeus.

Movies he appeared in include:

Series he appeared in include: