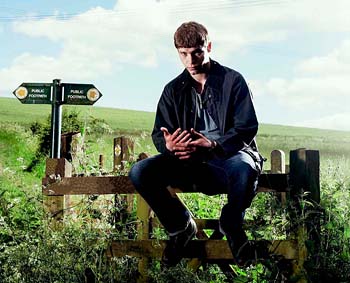 Glue is a British 8-part crime drama shown on E4, commonly described as "Skins meets Broadchurch" (understandably, since it was created and written by Skins writer Jack Thorne). The plot revolves around a tight-knit farming community shaken by the brutal murder of local Romani teenager Cal Bray. The investigation to find the killer reveals his friends' dark and dirty secrets, hidden behind the picture-perfect English countryside.