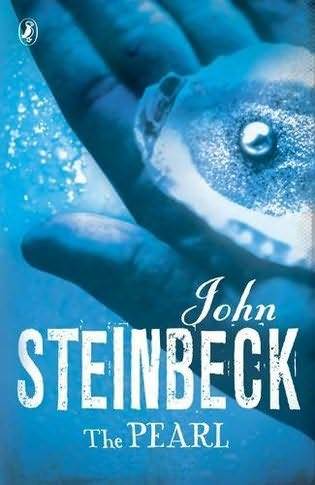 A 1947 novella by John Steinbeck.
Advertisement:

The Pearl is the story of Kino, a happy but poor pearl diver who lives with his wife Juana and infant son Coyotito in an indigent Mexican-Indian community on the Gulf. One day, Coyotito is stung by a scorpion. With no other way to pay the doctor to cure him, Kino goes diving for pearls. He finds an enormous, perfect pearl—possibly the largest ever found. He attempts to sell "the Pearl of the World," in hopes of buying a better life for his family, but it brings him nothing but trouble.