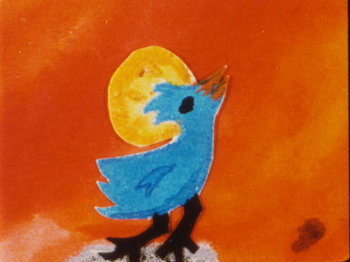 Scratch and Crow is a 1995 animated short film (five minutes) by Helen Hill.

It is a meditation on the life of the chicken. The film, hand-drawn by Hill using watercolors, is a dream-like affair using surreal imagery to follow the life of a chicken, from hatching to death. The animation is occasionally interrupted by a poem written by Hill.

Made by Hill for her MFA thesis. Hill's career as an avant-garde animator was tragically cut short when she was murdered in 2007 at the age of 36, a crime that remains unsolved.