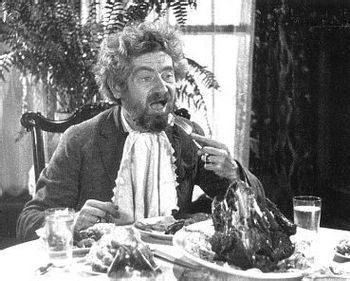 Schultz is a suburban dad who raises chickens and is inordinately fond of one in particular, a prize-winning rooster named Brigham. His unnamed neighbor, played by Davidson, often gets annoyed when the chickens wander onto his property and eat the seeds in his vegetable garden.

Peace must be made, however, because Schultz's son and Davidson's daughter are engaged to be married. Davidson sends his dimwitted son Ignatz out to buy a chicken for a bury-the-hatchet dinner. Unfortunately for all concerned Ignatz decides to pocket the two dollars and chop the head of a chicken he finds wandering in his backyard—who happens to be Brigham.