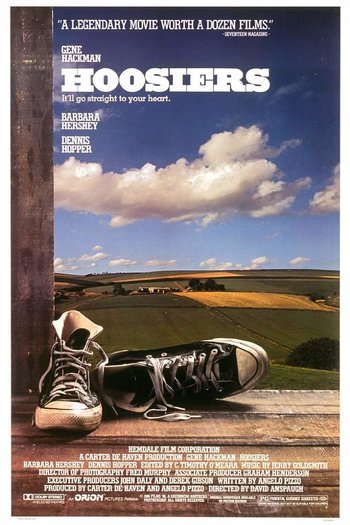 Hackman stars as Norman Dale, a former big-time college basketball coach who comes to the tiny town Hickory, Indiana in 1951 to coach Hickory High School's equally-tiny basketball team. Dale must overcome his own troubled past, win over the humble-yet-all-the-while-skeptical Hickory townsfolk, and get his players to believe in themselves before the game they play. In his spare time, he romances a schoolteacher played by Barbara Hershey. Dennis Hopper co-stars as "Shooter" Flatch, a former Hickory High basketball star turned alcoholic hobo, who starts on a redemption quest of his own when he becomes one of Dale's coaches.