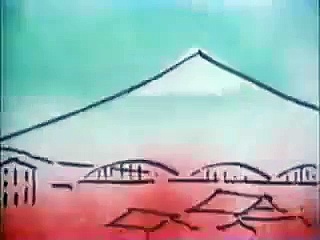 Fuji is a 1974 animated short film by Robert Breer.

This plotless five-minute film is an avant-garde take on a train ride past Mt. Fuji in Japan. The film mixes live-action film with crude rotoscoping, as well as hand-drawn animation, all meant to give an impressionistic view of a train ride.