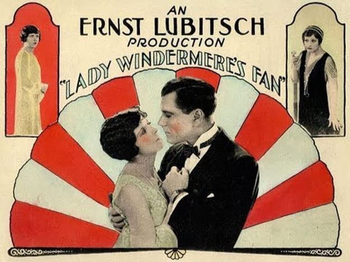 Lady Windermere's Fan is a 1925 silent film based on the play of the same name by Oscar Wilde. The film was directed by Ernst Lubitsch and featured Ronald Colman as Lord Darlington. It was added to the National Film Registry in 2002.

In addition to the tropes present in the original play, this film includes examples of: